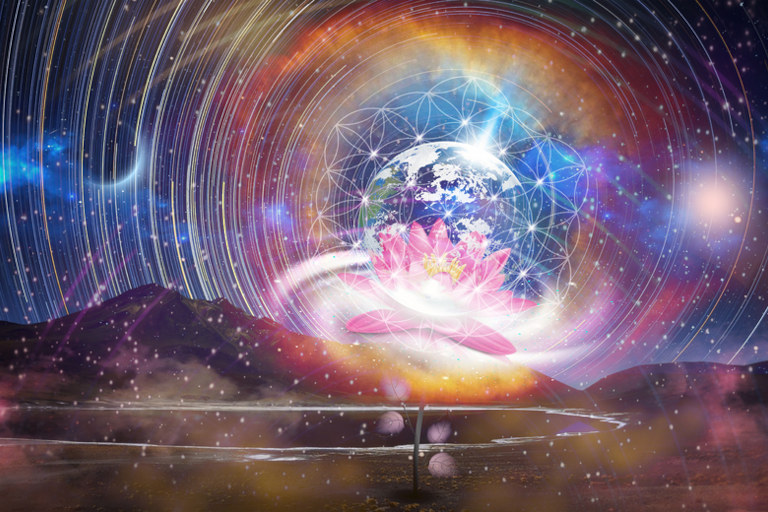 Legendary stories have been passed down revealing the mystical and magical aspects of the lost techniques of ancient Chinese mathematicians. (Image: Alexandra Barbu via Dreamstime)

There are many mystical and even magical aspects of ancient Chinese mathematicians. Anecdotes of them have been passed down, but due to various factors, many of the scientific concepts associated with them have been lost, forgotten, or are no longer understood by people today. However, there are still sporadic and legendary records from history that people can dig into and explore.

In the annals of the Three Kingdoms, Zhao Da, a master mathematician, was worshiped as a deity by the people after his death and was listed as one of the 60 Taoists who were considered to be gods.

He was, for example, able to calculate the time and number of migratory locusts, and he was able to deduce hidden things. In one instance, someone deliberately made things difficult and interrogated him: “The migratory locusts are flying around, you can’t count them. Who knows if what you said is true or not? This is probably nonsense and a display of your arrogance!” Zhao Da did not argue. He just told the man to get some small beans and proposed that they see who could count them and come up with the correct number first.

Witnesses and even challengers verified his results

So, someone placed a bunch of small beans on the table, and the timer started. The challenger used a chopstick to count the beans one by one. Zhao Da just closed his eyes, went into meditation, and immediately got the answer. The other man continued to count and after he finished counting, the number was exactly the same as what Zhao Da had given. Everyone was convinced.

In another instance, Zhao Da came by an old friend’s house and was invited in for a visit. Of course, the old friend was very happy to be the host, so he prepared a family banquet for Zhao Da, and they ate merrily. When the meal was about to finish, and just to be polite, the old friend said to Zhao Da: “Oh, your visit is sudden, there is not much wine left, and there are no good dishes. I really don’t know if I can get more. What if we just continue to chat?”

After hearing what the friend said, Zhao Da picked up the chopsticks and placed them in a criss-cross position for a while. Zhao Da then said to his friend: “It’s not a problem. There is an urn of fine wine of more than a hundred jin under the east wall of your house. There is also three jin of venison next to it. Why did you say there is none? Let’s continue to drink a few bowls and eat a few jin of venison too!”

At that time, there were other guests at the banquet that already knew that the host had all these good wines and meat so, they verified his results: “Oh, you are right, you are right indeed.” At that moment, the host could not deny it and shyly said: “I really didn’t expect you to be so good at divination, and even the quantity you have mentioned is so accurate. I was only testing you just now. Let’s drink a few more bowls.”

Everyone was impressed at his ability

After people heard about Zhao Da’s magical ability, they were still not convinced. It happened that a certain person had a large warehouse, so he ordered someone to forge a warehouse inventory document to falsify what was in the warehouse with the quantity said to be tens of thousands of items in stock. Then he ordered people to seal the warehouse. He then went to test Zhao Da. He asked Zhao Da to tell him how many goods were inside the warehouse. Zhao Da went to the site and said: “This warehouse is empty.” After hearing this, the people at the site admired Zhao Da’s ability.

People sought to be disciples of Zhao Da

Zhao Da was so brilliant that many people wanted to take him as their master. They wanted to learn from Zhao Da’s Nine Palaces and One Arithmetic Technique. However, in ancient China, those who had real skills generally would not pass them on easily. Zhao Da was no exception. Reputable Confucian scholars at that time even lowered their status and tried to study the skill from Zhao Da, but Zhao Da refused to teach them.

Zhao Da also offended Sun Quan, who became Emperor Da of Wu, the founder of the Eastern Wu Dynasty. In the beginning, when Sun Quan went out to battle, he would ask Zhao Da to make a calculation on the result of the battle. For several battles, Zhao Da’s divinations were all accurate. Sun Quan became curious and asked Zhao Da for the secret, but Zhao Da refused to tell him. After asking a few times and not receiving an answer, Zhao Da was ignored by Sun Quan. He was neither promoted nor did he have his salary raised.

After Zhao Da’s death, Sun Quan dug up his grave and still could not find the secret book of Nine Palaces and One Arithmetic Technique so Zhao Da’s arithmetic skill was lost. Although it is a pity, it must be God’s will.