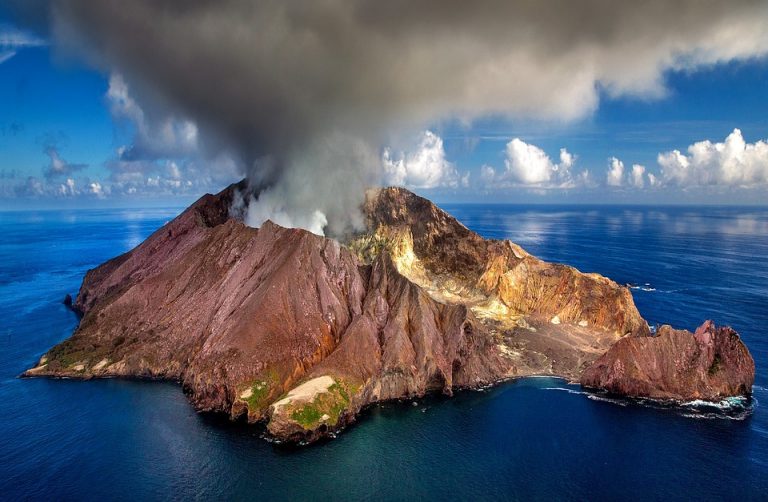 Methane emissions created by volcanic activity burning buried fossil fuel deposits could have played a major role in the global warming that triggered the largest mass extinction event in Earth’s history, a new study suggests. The Late Permian Mass Extinction, also known as “the great dying,” happened around 260 million years ago, and wiped out more than 90 percent of Earth’s marine species, and more than 75 percent of terrestrial species.

Previous research has concluded that the extinction event was likely caused by the devastating effects of a period of intense global warming and found evidence that large volumes of carbon emissions released by volcanoes were the main driver of the global warming behind the Late Permian Mass Extinction.

In this new study, published by the journal Nature Communications, researchers uncovered evidence to show that huge volumes of high-temperature methane triggered by massive volcanic activity may have also played a significant part in the warming. The research, led by scientists from Lancaster University along with researchers from the Chinese Academy of Sciences, the University of Manchester, and industrial partner, PetroChina, focused on the Anyue gas field, located in the Sichuan Basin, China.

Massive amounts of methane were released during the Late Permian period

The gas field sits on an area that in the Late Permian Era was home to large-scale volcanic activity — these areas, characterized by widespread igneous rock deposits, are known as Large Igneous Provinces. Following the sampling of natural gas wells in the basin, and factoring in the volume of gas reservoirs, as well as rock density and the amounts of pyrobitumen (a by-product of the cracking of oil into methane) present, the scientists calculated that up to 1440 Gigatons of methane might have been released into the atmosphere from the whole basin during the Late Permian era.

In global warming terms, the scientists say this is the equivalent to more than 40,410 Gigatons of carbon dioxide — which is 1,000 times the annual carbon emissions of modern people — as the global warming potential of methane is 28 times that of carbon dioxide over a 100-year period. Scientists believe that these large amounts of methane could have been created as superhot volcanic “mantle plumes” heated underground coal and oil deposits. Dr. Zheng Zhou, Senior Lecturer at Lancaster University and lead author of the paper, said:

“The novel combination of these isotope techniques in this study provided strong evidence for the generation and emission of high-temperature methane in the Sichuan Basin during the Late Permian. In Earth’s history, large amounts of organic matter were buried underground. Very large quantities of methane could have been generated, and released from oil, or other organic matter buried underground, by heating from mantle plumes.

Using a “clumped methane isotope” technique, they calculated the formation temperature of the high-temperature methane, which they found to be around 256°C. This was higher than the temperatures normally experienced during the geological burial history of the gas reservoir — suggesting the involvement of an additional source of heating. In addition, analysis of noble gas isotopes in the samples identified the involvement of mantle-derived fluids, confirming that the mantle was involved in generating methane. The gas could subsequently rise to the surface through cracks and fissures, and into the atmosphere.

Previous studies have shown that the Large Igneous Province in this region intruded the basin during the late Permian, which is why the researchers suspect the methane was created during this period. The researchers add that further research is needed to understand methane emissions from other locations associated with mantle-related activity and there is a need to investigate the global distribution and impact of high-temperature methane. The study is detailed in the paper High-temperature methane emissions from Large Igneous Provinces as contributors to late Permian mass extinctions.