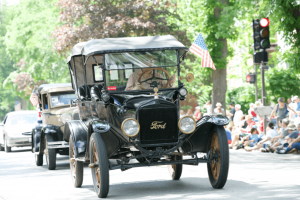 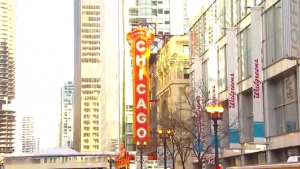 The Thanksgiving Day Parade has been a Chicago tradition since 1934. (Image: Screenhot via YouTube) 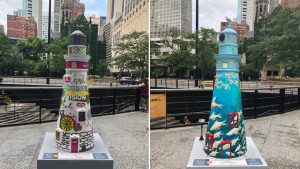 Chicago's public art display asks viewers to consider how they can become a beacon for access and inclusion for people with disabilities. (Image: Monica Song via Nspirement) 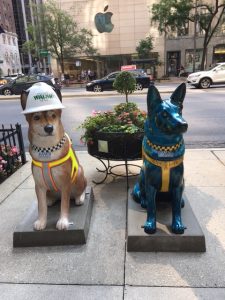 In 2017, the Chicago Police Memorial Foundation developed and launched a new public art campaign placing statues of police dogs around the city. The purpose of the campaign is to highlight the important work done by the Chicago Police Canine Unit and features more than 100 German shepherd sculptures standing guard downtown, mostly along Michigan Avenue in Chicago.

The 54-inch-tall (137 cm) “fiberglass dog statues are part of the K9 for cops’ campaign,” which was founded to pay tribute to the canine unit and honor fallen Chicago police officers.

Statues of the Chicago police canine unit by locals, for locals

One sculpture is a dog that has holes in its body and is wearing oversized black glasses, like Harry Caray.

The Water Tower Place, which is home to the Chicago Sports Museum and operated by Harry Caray’s Restaurant Group, is displaying the art piece.

Another statue features a mosaic of dogs and cats that all went through the adoption process at PAWS.

The pieces were installed last week and remained on display through Labor Day, after which the pieces will be auctioned off on eBay with the goal of raising $250,000 in proceeds.

Seventy percent of the proceeds are meant to go to the Chicago Police Memorial Foundation and 30 percent to PAWS Chicago.

A foundation for creating a better future

The Chicago Police Memorial Foundation helps families of slain officers and those who have been wounded by offering the families financial assistance. The foundation also contributes to the purchase of bulletproof vests for police officers.

PAWS will use the money from the proceeds for free spay and neuter services, along with medical care that it provides for pets.

“Right now, across the country, is a difficult time for law enforcement. When tragedies happen, it takes the whole city really to get behind those police officers, and the memorial foundation has done a fabulous job in supporting the police department,” said Chicago police Superintendent Eddie Johnson. In closing, Johnson further added that: “It’s a humbling thought for us to know that the residents of Chicago and this great foundation will stand with us in times of need.”