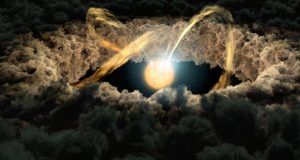 All stars, including our Sun, are born from a cloud of dust and gas. This cloud can also seed planets that will orbit the star. (Image: via NASA / JPL-Caltech) 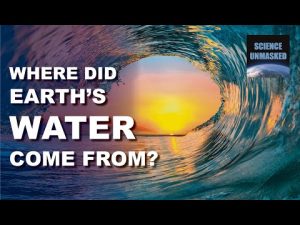 Where did Earth's water come from? (Image: Screenshot via YouTube) 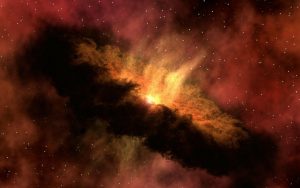 The different isotopes of krypton are chemical fingerprints for scientists sleuthing out the ingredients that made the Earth, such as solar wind particles and meteorites from the inner and outer solar system. (Image: via Pixabay) 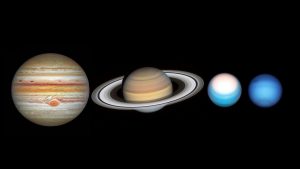 The NASA/ESA Hubble Space Telescope has completed its annual grand tour of the outer Solar System. This is the realm of the giant planets — Jupiter, Saturn, Uranus, and Neptune — extending as far as 30 times the distance between Earth and the Sun. (Image: A. Simon (Goddard Space Flight Center), and M.H. Wong (University of California, Berkeley) and the OPAL team via NASA, ESA) 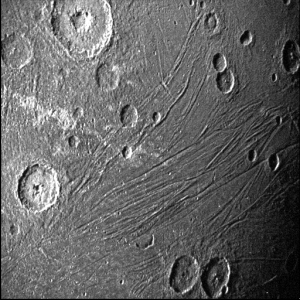 This image of the dark side of Ganymede was obtained by Juno’s Stellar Reference Unit navigation camera during its June 7, 2021, flyby of the moon. (Image: NASA / JPL-Caltech / SwRI) 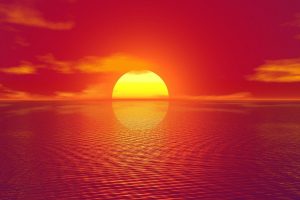 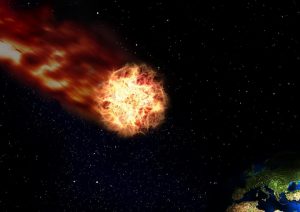 Astronomers at the National Astronomical Observatory of Japan (NAOJ) have analyzed the paths of two objects heading out of the Solar System forever and determined that they also most likely originated from outside of the Solar System. (Image: via Pixabay) 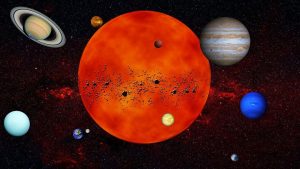 Scientists, including those from CU Boulder, have finally scaled the solar system’s equivalent of the Rocky Mountain range. (Image: 35393 via Pixabay) 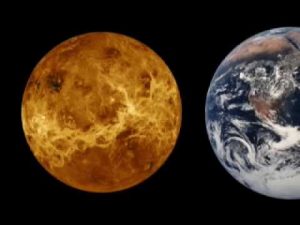 New research led by Universities Space Research Association (USRA) and published in Science Advances shows that lava flows on Venus may be only a few years old, suggesting that Venus could be volcanically active today — making it the only planet in our solar system, other than Earth, with recent eruptions.

“If Venus is indeed active today, it would make a great place to visit to better understand the interiors of planets.

“For example, we could study how planets cool and why the Earth and Venus have active volcanism, but Mars does not. Future missions should be able to see these flows and changes in the surface and provide concrete evidence of its activity.”

Radar imaging from NASA’s Magellan spacecraft in the early 1990s revealed Venus, our neighboring planet, to be a world of volcanoes and extensive lava flows. In the 2000s, the European Space Agency’s (ESA’s) Venus Express orbiter shed new light on volcanism on Venus by measuring the amount of infrared light emitted from part of Venus’ surface (during its nighttime).

These new data allowed scientists to identify fresh versus altered lava flows on the surface of Venus. However, until recently, the ages of lava eruptions and volcanoes on Venus were not well known because the alteration rate of fresh lava was not well constrained.

Dr. Filiberto and his colleagues recreated Venus’ hot caustic atmosphere in the laboratory to investigate how the observed Venusian minerals react and change over time. Their experimental results showed that an abundant mineral in basalt — olivine — reacts rapidly with the atmosphere and within weeks becomes coated with the iron oxide minerals magnetite and hematite.

They further found that the Venus Express observations of this change in minerology would only take a few years to occur. Thus, the new results by Filiberto and coauthors suggest that these lava flows on Venus are very young, which in turn would imply that Venus does indeed have active volcanoes. 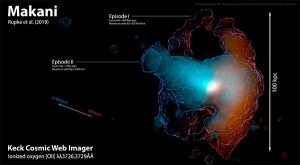 A volume rendering of the ionized gas wind in Makani. Two of the dimensions are spatial, and the third is velocity. The colors trace the velocity axis, shown by the arrow at center. The approximate locations of the two proposed outflow episodes are labeled. (Image: Jim Geach, David Tree, Peter Richardson, University of Hertfordshire)

Exploring the influence of galactic winds from a distant galaxy called Makani, UC San Diego’s Alison Coil, Rhodes College’s David Rupke, and a group of collaborators from around the world made a novel discovery. Published in Nature, their study’s findings provide direct evidence for the first time of the role of galactic winds — ejections of gas from galaxies — in creating the circumgalactic medium (CGM).

It exists in the regions around galaxies, and it plays an active role in their cosmic evolution. The unique composition of Makani — meaning wind in Hawaiian — uniquely lent itself to the breakthrough findings. Coil, a physics professor at UC San Diego, said:

“Makani is not a typical galaxy. It’s what’s known as a late-stage major merger — two recently combined similarly massive galaxies, which came together because of the gravitational pull each felt from the other as they drew nearer.

“Galaxy mergers often lead to starburst events, when a substantial amount of gas present in the merging galaxies is compressed, resulting in a burst of new star births.

“Those new stars, in the case of Makani, likely caused the huge outflows — either in stellar winds or at the end of their lives when they exploded as supernovae.”

Coil explained that most of the gas in the universe inexplicably appears in the regions surrounding galaxies — not in the galaxies. Typically, when astronomers observe a galaxy, they are not witnessing it undergoing dramatic events — big mergers, the rearrangement of stars, the creation of multiple stars, or driving huge, fast winds, noting that:

“While these events may occur at some point in a galaxy’s life, they’d be relatively brief.

“Here, we’re actually catching it all right as it’s happening through these huge outflows of gas and dust.”

Coil and Rupke, the paper’s first author, used data collected from the W. M. Keck Observatory’s new Keck Cosmic Web Imager (KCWI) instrument, combined with images from the Hubble Space Telescope and the Atacama Large Millimeter Array (ALMA), to draw their conclusions. The KCWI data provided what the researchers call the “stunning detection” of the ionized oxygen gas to extremely large scales, well beyond the stars in the galaxy.

It allowed them to distinguish a fast gaseous outflow launched from the galaxy a few million years ago, from a gas outflow launched hundreds of millions of years earlier that has since slowed significantly. Rupke, associate professor of physics at Rhodes College, summarized by saying:

“The earlier outflow has flowed to large distances from the galaxy, while the fast, recent outflow has not had time to do so.”

From Hubble, the researchers procured images of Makani’s stars, showing it to be a massive, compact galaxy that resulted from a merger of two once separate galaxies. From ALMA, they could see that the outflow contains molecules as well as atoms.

The data sets indicated that with a mixed population of old, middle-age, and young stars, the galaxy might also contain a dust-obscured accreting supermassive black hole. This suggests to the scientists that Makani’s properties and timescales are consistent with theoretical models of galactic winds. Coil noted:

“In terms of both their size and speed of travel, the two outflows are consistent with their creation by these past starburst events; they’re also consistent with theoretical models of how large and fast winds should be if created by starbursts. So observations and theory are agreeing well here.”

Rupke noticed that the hourglass shape of Makani’s nebula is strongly reminiscent of similar galactic winds in other galaxies, but that Makani’s wind is much larger than in other observed galaxies. Rupke explained, saying:

“This means that we can confirm it’s actually moving gas from the galaxy into the circumgalactic regions around it, as well as sweeping up more gas from its surroundings as it moves out.

“And it’s moving a lot of it — at least one to 10 percent of the visible mass of the entire galaxy — at very high speeds, thousands of kilometers per second.”

Rupke also noted that while astronomers are converging on the idea that galactic winds are important for feeding the CGM, most of the evidence has come from theoretical models or observations that don’t encompass the entire galaxy, saying:

“Here we have the whole spatial picture for one galaxy, which is a remarkable illustration of what people expected.

“Makani’s existence provides one of the first direct windows into how a galaxy contributes to the ongoing formation and chemical enrichment of its CGM.”

Provided by: University of California – San Diego [Note: Materials may be edited for content and length.]